For a long time, human and animal were differentiated considering that, allegedly, only humans can think and speak. However, the current age of Post-Anthropocene questions the human understanding of superiority. Can we deny animals a complex intellectual power because they do not speak our language? Do the languages of animals really differ as much from our various human languages? Additionally, the human language isn't naturally given but needs to be learned at a young age.

The exhibition "Denken wie ein Oktopus, oder: Tentakuläres Begreifen" curated by Julia Katharina Thiemann picks up these considerations to scrutinize the current human-animal-relation in regard to versatile artistic works. As a symbol for aesthetically placed shifts of perspective, put in the space serves the highly intelligent octopus, which mind and sense devices are structured differently from ours. What would thinking with tentacles be like? What is the right way to understand a crow's mind? Could we communicate with a female gorilla using sign language?

Humans declare themselves as superior being the ‘crown of creation’ based on ability to think and speak, resulting in the right to subdue animals and nature. The exhibition and the accompanying publication pursue the aim of a differentiated approach, a paradigm shift, on the animal-human-relation.

The exhibition and the accompanying catalog will be sponsored by the BASF as part of the culture support program TOR 4, which deals with the question “Do we still need to talk?” this year. The BASF would like to encourage the discourse in the Rhine-Neckar metropolitan region through TOR 4. To the question advertised by the company, many projects take a stand in the fields of music, dance, literature and visual art. 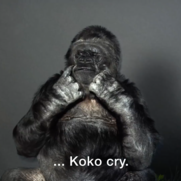 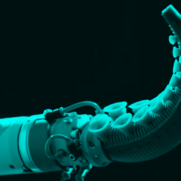 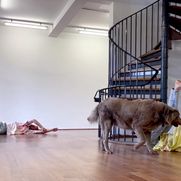