In 1969, the Cologne merchant and art lover Wilhelm Hack (1899–1985) presented works from his art collection for the first time at the Kunstverein für die Rheinlande und Westfalen in Düsseldorf. He announced here his intention of donating his private collection to serve as the foundation of a museum, where it can be made permanently available to the general public. The head of the municipal art collections, Dr. Manfred Fath, and the mayor of the city of Ludwigshafen am Rhein, Dr. Werner Ludwig, subsequently contacted Wilhelm Hack, who decided to donate the collection to the then still young industrial city.

“(…) The idea of setting off a cultural initial spark in a city like this one greatly appealed to me,” said the donor in conjunction with the contract signing. Wilhelm Hack believed that Ludwigshafen in particular offered the possibility of realising the concerns he had expressed four years earlier, namely the participation of broad sections of the population, especially workers, in the experience of art and confronting them with artistic activities.

In mid April 1975, the state of Rhineland-Palatinate secured the then as yet not completely financed museum by assuming a third of the costs. Construction work on the site between Berliner Straße and Heinigstraße could thus be commenced on 31 May of that year.
The new museum building opened on 28 April 1979 with its iconic ceramic facade by the Catalan artist Joan Miró on the southeast side. Aside from the donation made by the private collector Wilhelm Hack, the municipal art collection made up the basis of the Wilhelm-Hack-Museum that is now the most important museum dedicated to modern and contemporary art in Rhineland-Palatinate. 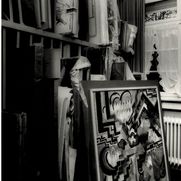 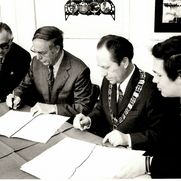 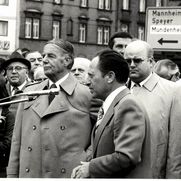