A central pillar of the holdings involves the donation made by the Cologne collector Wilhelm Hack in 1973. His collection comprises parts of the prehistoric grave finds from Gondorf on the Moselle River, medieval works in addition to a first-class selection of 20th-century artworks. This latter section of the collection featuring paintings by Kazimir Malevich, Lyubov Popova, Robert Delaunay, August Macke, Piet Mondrian and Bart van der Leck traces the development of geometrical abstract art.

These works enrich to a great degree the municipal collection that had been assembled since the late 19th century. Focus was initially placed in part on works by Palatine and Bavarian artists, including Albert Haueisen and Max Slevogt. Beginning in the 1950s, by contrast, paintings and works on paper by Expressionist artists were increasingly being collected. These include major works by Ernst Ludwig Kirchner, Max Pechstein, Erich Heckel and Max Beckmann.

The donation made by the Düsseldorf attorney Heinz Beck in 1989 brought important examples of Pop Art and works by members of the Fluxus movement to the collection. With its concentration of editions from the 1960s and 1970s, the collection comprises prints, multiples, artists’ books and gramophone records by Andy Warhol, Richard Hamilton, Gerhard Richter, Mary Bauermeister, Robert Filliou and Ed Ruscha.

Further donations – for example by the artist Senta Geißler in 2001 – in addition to purchases systematically enlarged the collection that now extends to the present day. In the area of contemporary art, the Wilhelm-Hack-Museum has acquired works by artists such as Tatjana Doll, Anton Henning, Alice Musiol and Carsten Nicolai.

Since 2009, the exhibition spaces of the collected are reinstalled every year, each time focussing on a different thematic aspect in order to create new perspectives as regards these works. Other exhibition series deal with special groups of works, for example the ‘Kabinettstücke’ series dedicated to works on paper in particular, or the ‘Zoom’ series, which concentrates on individual works or complexes within the collection. 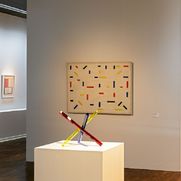 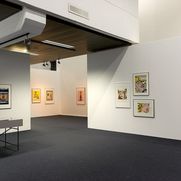