Expressionism was a major German contribution to the development of modern art. An important starting point was the founding of the Brücke artists association in 1905 in Dresden by Ernst Ludwig Kirchner and Erich Heckel, among others. Another centre emerged only a few years later in Munich with the founding of Der Blaue Reiter, which maintained close contacts to Europe’s avant-garde. While the Expressionist artworks are stylistically very divergent, the artists were linked by their criticism of bourgeois life and academic art. Instead of detailed imitations of reality as it was perceived, they sought to give expression to the emotions. Colours and forms attained their own importance. The city of Ludwigshafen increasingly began acquiring Expressionist artists in the 1950s, including Kirchner, Heckel, Wilhelm Lehmbruck, Otto Mueller, Emil Nolde and Max Pechstein. The spectrum was widened with the donation of Wilhelm Hack’s collection that features works by Max Ernst, August Macke, Wilhelm Morgner and Robert Delaunay. 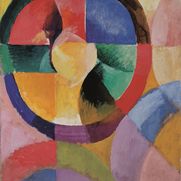 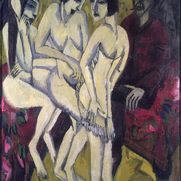 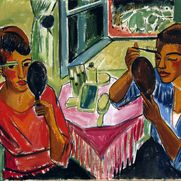