Before turning primarily to collecting modern art, Wilhelm Hack assembled a collection of medieval art since the 1920s. The holdings now encompasses circa 80 examples of sacred art from the 13th to the 16th century. Produced largely in France and the Rhine region, they illustrate the diversity of medieval art treasures. Along with sculptures and panel paintings, the collection includes metalwork and ivories as well as stained glass and book illuminations. The scope of the collection ranges from Romanesque sculpture and goldsmith works to sculpture from Cologne and France dating from the High Middle Ages to Late Gothic panel painting. Paintings by Barthel Bruyn the Elder and the Cranach workshop form the bridge to the Renaissance. 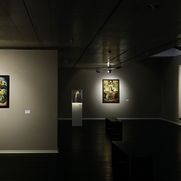 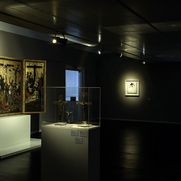 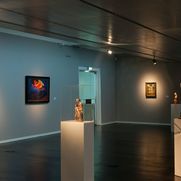