When Wilhelm Hack donated his collection to the city of Ludwigshafen, it also included parts of the Gondorf Find, the Celtic, Roman and Frankish grave furnishings from the 5th century B.C. to the early Middle Ages excavated between 1874 and 1890 in Gondorf on the Moselle River. Along with La Tène culture brooches, necklaces, bracelets and rings, the find also includes Roman glass and clay vessels in addition to silver jewellery and everyday objects. Ceramics, weapons, clasps, rings and pearl necklaces moreover document the highpoint of early medieval Frankish culture. Wilhelm Hack acquired his pieces belonging to the Gondorf Find from Baroness Angelika von Liebieg, who owned the land where the excavations took place. It was also her passionate interest in collecting that served as a model for Hack’s own keen collecting activities.

The Gondorf find is currently not shown. 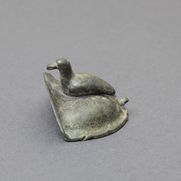 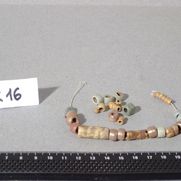