The Wilhelm-Hack-Museum houses one of Germany’s most important collections of Constructivist Art. Constructivism established itself in East and West European avant-garde circles during the 1910s and 1920s. In Russia, Kazimir Malevich already rejected the representation of figural motifs in 1915, creating instead geometrical forms that hover freely in space. The dynamics and objectivity of his works are founded on his wish for the establishment of a new just society. Artists such as Lyubov Popova, Alexandra Exter, El Lissitzky and Erich Buchholz continued this constructivist approach. Theo van Doesburg and Piet Mondrian founded the De Stijl group in Holland during the First World and their works are also closely tied to the vision of a new future society. Constructivism gained increasing resonance in Germany with the Bauhaus and the groups of abstract and progressive artists in Hannover and Cologne. This is documented in the collection of the Wilhelm-Hack-Museum for example by works by László Moholy-Nagy, Carl Buchheister, Otto Freundlich and Franz Wilhelm Seiwert. 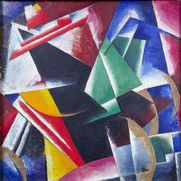 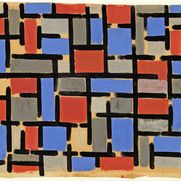 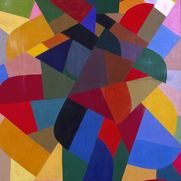