The development of Pop Art is characterized by turning everyday culture into an artistic topos. Whether consumer culture or media events, pop stars or banal routine occurrences, there is hardly a motif that Pop Art does not seem to have focused on. Andy Warhol, Robert Rauschenberg, Jasper Johns and Roy Lichtenstein were among the most important American protagonists of Pop Art, which also established itself in the United Kingdom with such artists as Richard Hamilton, R. B. Kitaj and Eduardo Paolozzi. In Germany, a detached ironic and also critical approach to Pop Art was taken by artists like Gerhard Richter, Sigmar Polke, Hans-Peter Feldmann and KP Brehmer. In order to reach as broad an audience as possible, artworks were also produced as multiples in the context of Pop Art, many examples of which came to the museum with the collection of Heinz Beck. 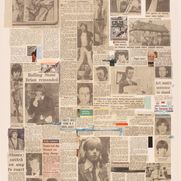 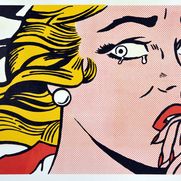