In 1988, the Wilhelm-Hack-Museum was presented a donation encompassing over 2,500 artworks and documents from the collection of the Düsseldorf attorney Heinz Beck. Assembled in the 1960s and 1970s, Beck concentrated on collecting Pop Art in the broadest sense of the term. This comprises all artworks that deal with aspects of everyday life, including Nouveau Réalisme, the Fluxus movement and Critical Realism along with American and British Pop Art. He placed special attention on editions and also opened up his collection to objects that extend beyond the boundaries of traditional art genres to include postcards, exhibition posters, artists’ books and gramophone records. Ignoring conventional art historical categories, the wide spectrum of Heinz Beck’s collection makes it an historical document of politicizing and popularizing tendencies of the art of his time. The holdings have been completely inventoried and thematically examined in conjunction with the research project. The results were presented in the 2013 exhibition ‘Gut aufgelegt. Die Sammlung Heinz Beck’. Comprehensive information on the collection can be found in the accompanying exhibition as well as the complete catalogue of the collection’s holdings ‘Die Sammlung Heinz Beck’, which was also published in 2013.

The research project was carried out by Kerstin Skrobanek and Nina Schallenberg in collaboration with Herbert Nolden. It was generously supported by the Art Mentor Foundation Lucerne and the Stiftung Rheinland-Pfalz für Kultur. 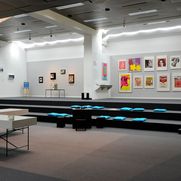 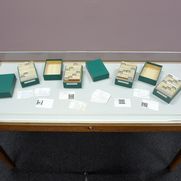