Half a century ago, students in Berlin, Frankfurt and Munich took to the streets in protest. They pilloried the musty university system and fossilised structures of West German society. There was no parliamentary opposition of note during the grand coalition government formed by Chancellor Kurt Georg Kiesinger, thus provoking a non-parliamentary opposition. The student protests were directed at the deficiencies in the country’s dealings with its Nazi past, international nuclear armament and the Vietnam War. The political breakout from the bourgeois confines of the post-war years was accompanied by a sexual revolution. A new image of the woman emerged, not least because of the self-determination brought about by the introduction of the birth control pill: cheeky, sexy, exciting and pretty brazen.
To mark this year’s anniversary of the student movement, the cabinet exhibition is focussing on artists who were themselves active in the movement at that time or who comment on present-day issues in their art: How did they perceive the student movement and to what extent do their works still reflect the revolutionary spirit of 1968? The exhibition features works by such artists as Hans Peter Alvermann, KP Brehmer, Siegfried Neuenhausen, Gerhard Richter, Klaus Staeck and Wolf Vostell. 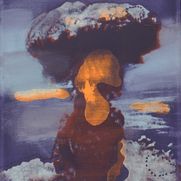 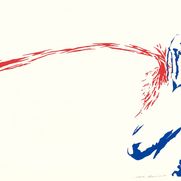