With its focus on Max Ernst’s painting “Vegetation,” the Zoom series is not only dedicating itself to a significant work from the museum’s collection but also a major piece from the artist’s oeuvre. Painted in 1916, it belongs to the early phase of Ernst’s career, a time that has largely been overlooked by scholarship, which views his work prior to 1919 as still oriented on Expressionism, Cubism as well as Futurism. The exhibition, by contrast, proceeds from the thesis that Ernst already employed artistic elements in his 1916 work “Vegetation” that would become of immanent importance in later phases of his career. The painting depicts motifs – plant, bird and butterfly – that play an important role in the artist’s oeuvre. In addition, the design principles utilised here, for example the synthesis of living creatures and nature as well as the compression of the picture plane into a almost impenetrable network of forms, would likewise become an important aspect of his work, especially after the mid 1920s.

The exhibition is accompanied by a catalogue published by Wienand Verlag. Along with an essay on the painting’s art historical significance, it contains information on its technique and history. 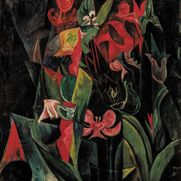 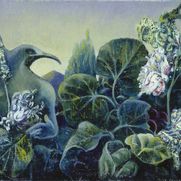 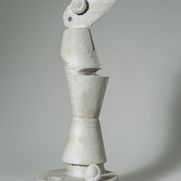