The Berlin-based Swiss artist Julian Charrière (born 1987) works with striking images in his videos, photographs, sculptures and installations that reference such contemporary issues as environmental destruction, global warming, climate change and the threat posed by atomic energy. The eponymous film ‘Somewhere’, which was made in early 2014 during Charrière’s trip to the former atomic testing site at Semipalatinsk in Kazakhstan, is at the heart of the exhibition project. In ‘Somewhere’, images of an abandoned, almost surreally persisting landscape whose sole architectonic features are the ostensible remnants of a protective bunker alternate with the picture of a celestial body shining on the very cloudy horizon. Viewers look through Charrière’s eyes at the seemingly infinite emptiness of the steppe at Semipalatinsk and sense the invisible danger to human existence posed by man’s own past scientific accomplishments. 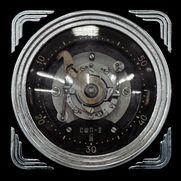