405-780 Nanometers describes almost exactly the range of the electromagnetic spectrum that the human eye perceives as rays of light. Light is means of expression employed by the artist Annika Hippler. With laser beams, transparencies, prisms and fluorescent pigments, she creates works that are equally minimalistic and poetic. In the process, Hippler’s pieces consciously extend beyond existing physical boundaries. Her installations embrace the aura of the exhibition space and her pictorial compositions transgress the borders of the canvas. In her previous works, the Berlin-based artist concentrated especially on the visualisation of inherently ephemeral light frequencies and wavelengths. In her current photogramms, the trace of already faded light plays a decisive role. 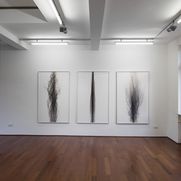 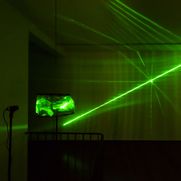 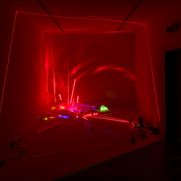