POP UP! presents a cross-section of the zeitgeist of Pop based on unique highlights from the Beck Collection, one of Germany’s largest collections of prints and multiples from the 1960s and 1970s. Pin-up girls, Hollywood beauties, advertising icons, cult products, leading figures of political activism and pictorial metaphors for large-scale mass media events from these decades are still firmly rooted in our visual memory today. Pop Art in particular approached the consumer world and everyday culture by elevating them into the ranks of artistic subject matters, thus creating true pictorial icons. The mass media, stagings, marketing and reproductions found their way into the art world. Moreover, from flood of visual material documenting the contemporary scene, people like Marilyn Monroe or brands like Coca Cola became icons that have not only retained their currency to the present day but also served exemplary models that were synonymous for whole generations. POP UP! strikes at the nerve of our visual memory through the presentation of over 110 striking Pop icons of the 1960s and 1970s by circa 40 artists, including Andy Warhol, Roy Lichtenstein, Richard Hamilton, Eduardo Paolozzi, Klaus Staeck, Wolf Vostell, Gerhard Richter and KP Brehmer. 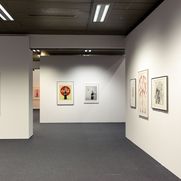 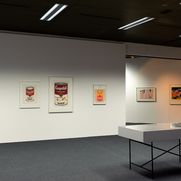