‘Abstract Loop’ deals with the development of kinetic, optical and concrete art since the 1950s. Focus is placed on the Austrian exponents Marc Adrian (1930–2008), Helga Philipp (1939–2002) as well as the multiple Documenta participant Richard Kriesche (born 1940). Works by Marc Adrian, Richard Kriesche and Helga Philipp shaped the early phase of the constructive and concrete tendencies of the 1960s in Austria and represent an important constant. Constructivist-Concrete art of the post-war period was founded on radical departure in the direction of modernism, a rejection of figural pictorial contents and the general idea of a new beginning after 1945. Artists occupied themselves in the sense of Op Art and Kinetic Art with specific questions concerning phenomena of visual perception and with the individual position of the viewer. The exhibition furthermore presents works by Gerwald Rockenschaub (born 1952), a representative of the subsequent generation of artists who developed a very personal variation of Op Art and Concrete Art. Adrian, Kriesche, Philipp and Rockenschaub are shown here in the context of international developments based on works by artists such as Josef Albers, François Morellet, Klaus Staudt, Hartmut Böhm, Richard Paul Lohse, Bernhard Sandfort and Victor Vasarely. The exhibition is presented in cooperation with the 21er Haus Museum für zeitgenössische Kunst in Vienna. 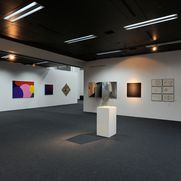 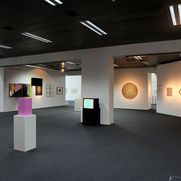