Can I Show You My Collection? 40 Years – 40 Visiting Masterpieces

Honoured guests from the worlds of culture, politics and industry, including the then president of the Federal President of Germany Walter Scheel, were present on 28 April 1979 for the ceremonies marking the opening of the Wilhelm-Hack-Museum. Nobody really knew for sure at that time, whether the new museum with modern art would be a success in the working-class city of Ludwigshafen. Now, four decades later, the Wilhelm- Hack-Museum has grown into one of the most important museums for modern and contemporary art in South Germany and has been able to establish itself as a major partner in the international museum landscape. Numbering some 10,000 works, the collection includes modernist masterpieces from the Wilhelm Hack Collection, important examples of Expressionist and Concrete Art from the Municipal Collection as well as international Pop Art and Conceptual Art from the collection of the Düsseldorf attorney Heinz Beck. The development of abstraction in the 20th century will be presented in a large-scale exhibition encompassing the whole house based on the collection of the Wilhelm-Hack-Museum. Forty ‘well-wishers’ taking the form of exquisite loans will be juxtaposed with the museum’s own works, opening up an exceedingly fruitful dialogue. The list of lenders reflects some the most important institutions with which the Wilhelm-Hack-Museum has worked closely together over the course of the last 40 years, whether as a cooperation partner, lender or borrower. Despite its playful formulation, the offer made in the show’s title Can I Show You My Collection? indicates the openness towards its visitors that the Wilhelm-Hack-Museum wishes to continue to maintain. It is a goal that was already stated by the museum’s founder Wilhelm Hack: ‘What is important to me is the creation of a museum, not a mausoleum. The house should be a meeting place for all people of good will.’ 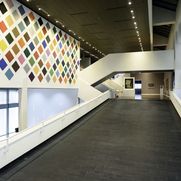 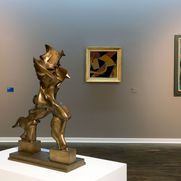 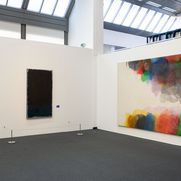 The historical part of the exhibition "Can I Show You My Collection? 40 Years – 40 Visiting Masterpieces " was equipped with electrical devices by the company HIRSCH + ILLE.