Tomas Schmit (1943–2006) was one of the pioneers of the Fluxus movement in the early 1960s. Nam June Paik, whom he met in 1961, introduced him to George Maciunas and took part in the first Fluxus activities. Hisn own close artist friends included George Brecht, Ludwig Gosewitz, Arthur Köpcke, Dieter Roth and Gerhard Rühm. Tomas Schmit occupied himself with language and text since the start of his artistic work and began making drawings in the late 1960s. He humously addressed perceptual phenomena and the logic of language in his his drawings, editions and artist books. He saw his paradoxical, punning work as a part of a research project on the evolution of the senses and thinking. In the process, he always proceeded from his own concrete observations and dealt with unexplicable phenomena in texts and suites of drawings, for example “Übung für mutige: sich farben vorstellen, die es nicht gibt” (1985). The exhibition was realised in cooperation with the Kunsthalle Lingen and the Kunstverein Bremerhaven. 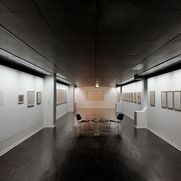 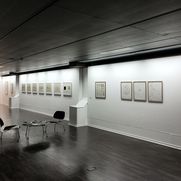 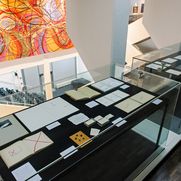