The Voice of Light – Delaunay, Apollinaire and Orphism

On 11 October 1912, the poet Guillaume Apollinaire held a lecture at the Parisian Galerie La Boëtie in which he divided Cubism into four different currents, the Scientific and the Physical on the one hand as well as the Orphic and the Instinctive on the other. “Orphic Cubism”, he stated, “is the art of painting with elements borrowed not from visual reality, but entirely created by the artist and endowed by him with a powerful reality.” Apollinaire was accordingly one of the first to depict a completely abstract art. In the few years remaining before the outbreak of the First World War, he tried to establish Orphism as an autonomous and radical avant-garde movement. His description did not encompass a uniform artistic style but brought works together in which Cubist, Futurist and Expressionist approaches came together, smoothing the path for a “pure” art freed from figural conventions. Such diverse artists as Sonia and Robert Delaunay, Paul Klee, František Kupka, Fernand Léger, August Macke and Francis Picabia have consequently been seen at one point in time or other as adherents of Orphism. Their abstraction is based on a systemic occupation with colour theories, contemporary scientific discoveries and esoteric spiritual principles. For Apollinaire, the innovative influence of abstract art concepts was just as significant as their connection to cultural historical traditions. Despite its importance for the development of modern art in the 20th century, no comprehensive thematic exhibition has been devoted to Orphism. With “Stimme des Lichts – Delaunay, Apollinaire und der Orphismus” the Wilhelm-Hack-Museum presents the genesis and influences of this nucleus of abstraction for the first time. After exhibitions on Der Blaue Reiter, the De Stijl movement and Russian Constructivism, the Wilhelm-Hack-Museum now deals in depth with a further central moment in the early history of abstraction. The exhibition is sponsored by BASF SE. 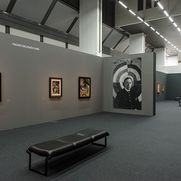 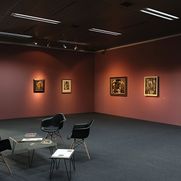 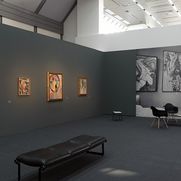